Armor and Helmets of Persian infantry 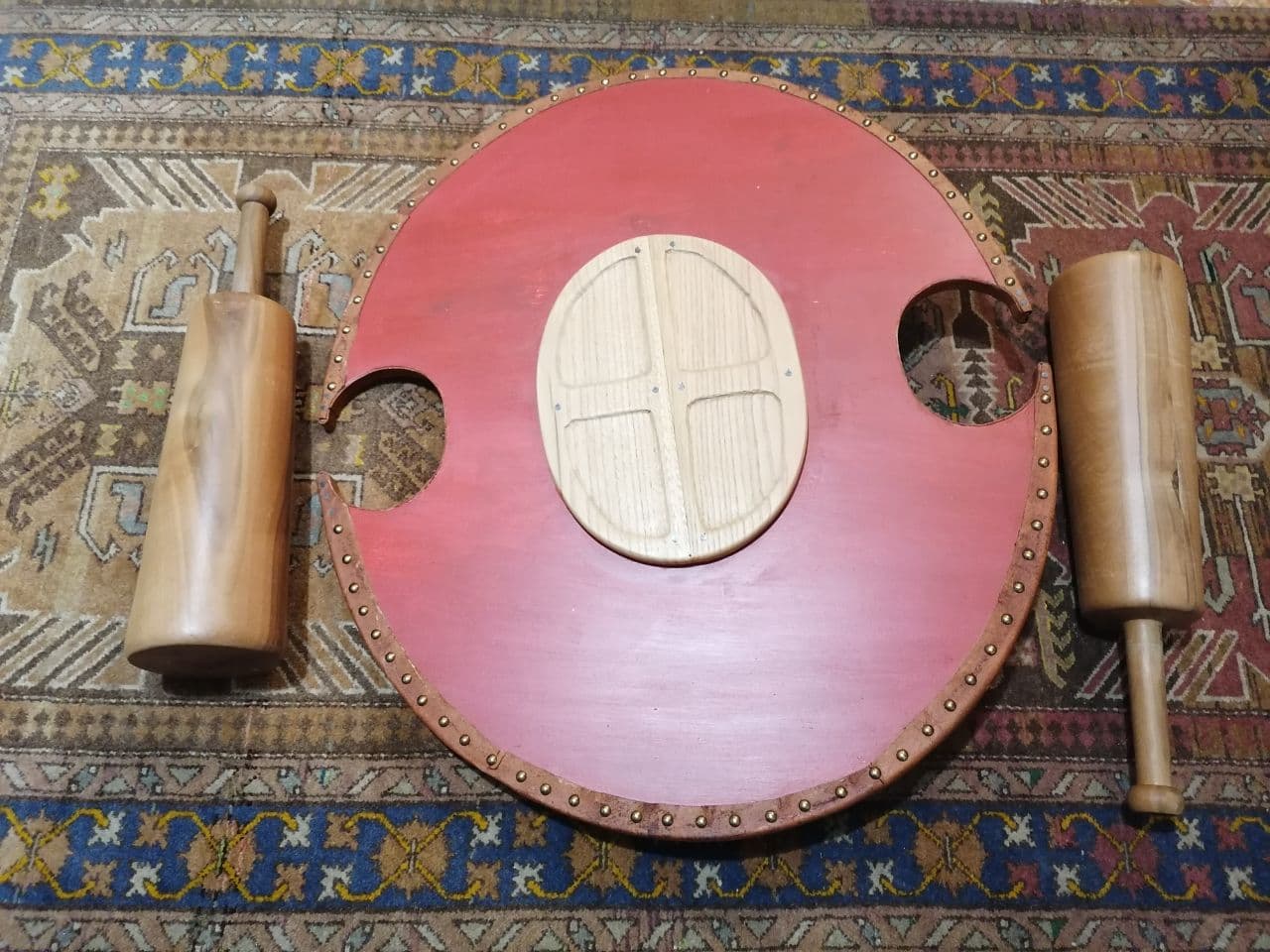 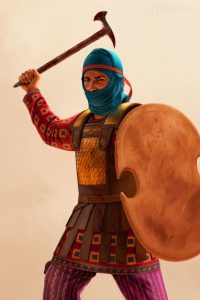 The Persians relied heavily on missile troops and cavalry in battle, equipped with javelins and recurved bows. Slingers were also employed by the Persians although in relatively small numbers when compared with archers. Infantry used spears as their main weapons, swords being reserved for the more elite units The famous ‘Immortals’, they formed the elite of the Persian army and were called like this because men were assigned to replace the positions of fallen soldiers. This way the strength of the corps was always 10000 men. Only those who had Persian or Medic ancestors were allowed to become an Immortal as they had another important function: in times of peace formed they the bodyguard of the high king.

Persian soldiers used a fairly short thrusting spear as their main weapon. Roughly 7 feet long, they were equipped with a broad iron spearhead and counterbalanced by a round metal counterweight. In more elite units the counterweight was silver for soldiers, their officers being equipped with golden ones while bronze counterweights were more common in the rank and file of the Persian army.

Cavalry and missile troops made up the bulk of the Persian army, many of these troops being equipped with these light javelins. They were roughly 4 feet long, with throwing straps to increase the range and power of the weapon when the iron spearhead struck an enemy. Horsemen used a pair of palta as their main offensive weapons, reserving their swords for defense.

Most Persian infantry did not carry swords, rather large daggers, which they carried on their right side, like the akinakes. They could be used in full hand-to-hand combat like a sword or used to kill wounded opponents on a battlefield. Akinaka were in the 10 to 14 inch range.

The bow was the core weapon of the Persian army, most of the infantry being armed with a powerful recurved bow similar to the similar Scythian weapon. Recurved bows gained their power by bending the bow opposite to the natural curve of the weapon, creating added tension and force. In battle the large numbers of Persian archers would fire in massive barrages, sending sheets of arrows down on their opponents. allow them to close for hand-to-hand combat.

Cythian in origin, having been adopted by some Persians in the early Achaemenid Empire. It featured a relatively slender iron axe head coupled with a long handle with a reverse spike opposite the axe blade. The sagaris could be used one handed and was capable of chopping through heavy bronze armor.

These were large rectangular shields made of reed or whicker, covered with leather and were often elaborately painted. In battle a row of infantry known as sparabara would advance in front of missile troops such as javelin throwers or archers. They would lock the roughly 5-foot spara together, forming a wall behind which the archers could fire safe from enemy cavalry and heavy infantry, while the sparabara engaged the enemy with spears. Spara disappeared from the ranks in the early 4th century BC.

The traditional shield of Persian infantry, the gerron was a figure eight shaped shield made of wicker covered with leather. In combat the soldier held the shield by a vertical grip in between the crescent-shaped concave indentations of the gerron. Unfortunately for Persian troops the light construction of the gerron did not stop heavy weapons like spears.

Armor was not very widespread among Persian troops, worn mainly by wealthier members of the army, namely the cavalry and the Immortals. One form of armor not described here was quilted linen armor, similar to the armor worn by Iphikratean hoplites and soldiers like Alexander the Great. As with armor, helmets were scarce in the infantry, but quite common in the cavalry, especially horsemen of the later Achaemenid Empire.

Scale armor has an ancient tradition in the east and the Persians were no exception. It was often made of small bronze plates sewn together on a leather shirt, although iron and sometimes gold were also used. Infantrymen who could afford to buy such a costly piece of armor sometimes wore it under their clothing. Later Achaemenid cavalry wore elaborate scale hauberks, complete with chaps made of the same material. The image above is a late Achaemenid hauberk which shows heavy Greek influence.

Greek armor made a great impression upon the Persians, since the vast difference in protection between the opposing armies during the Persian Wars had been in part a reason for the Achaemenid defeat on a tactical level. By the late 5th and early 4th century BC,the linothorax was worn mainly by the cavalry, who were made up of the social elite. 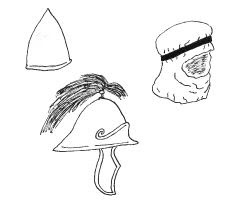 Helmets were rare in the Persian army, although later Achaemenid cavalry were well protected by bronze helmets. Instead of helmets most soldiers wore a cloth headgear known as a tiara, which featured a scarf that could be pulled over the face. In the early Persian Empire helmets were worn by a small number of soldiers, and even then only by those who were rich enough to buy one. Early helmets were made of bronze, while later helmets were highly influenced by the Greeks. Typically helmets were worn by the cavalry, who were the only soldiers who could afford to buy them.